I am pleased to have Tracy Steel from One Degree Ministries guest post on Dawn's Dialouge today.
The best way to describe Tracy...One sweet, adorable, Jesus-loving Mom, who gives awesome hugs. 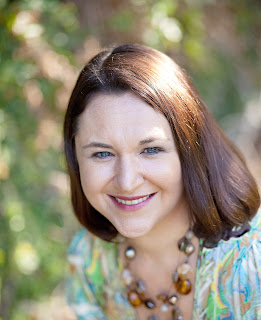 After reading Tracy's guest post, I encourage you to hop over to One Degree Ministries.
Tracy's blog is a place of life and love fully for Jesus. With no further ado, here is Tracy:

"When the LORD began to speak through Hosea, the LORD said to him, “Go, marry a promiscuous woman and have children with her, for like an adulterous wife this land is guilty of unfaithfulness to the LORD.” So he married Gomer daughter of Diblaim, and she conceived and bore him a son."
~ Hosea 1:2-3 NIV

Do you ever wish that God would repeat Himself, because you probably heard Him wrong? Have you ever thought that maybe the Divine Author overlooked a typo? He couldn't possibly mean what He commanded in that verse, could He?

And what about that persistent "nudge" to be kind, honest, or loving towards someone who clearly does not deserve it. Surely this isn't something that Jesus would do, or is it?
When we start dabbling in the probably, maybe, couldn't possibly, or surely this isn't, we are going to miss out because:

We all have a call similar to Hosea's in our life.
We are called to love as God loves... 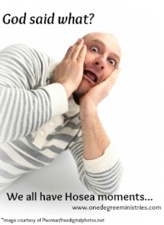 I admit that I feel sorry for the prophet Hosea. God told him to go and marry a woman that was promiscuous. Hosea had to have been confused by this. Unfortunately, Scripture does not reveal what his initial reaction was upon hearing the news. We only know he obeyed and married Gomer.

In the verses that follow we learn that God also chose the names of the children Gomer bore after Hosea married her. Commentators believe that these names indicate the declining condition of Hosea's marriage, as well as the deteriorating relationship between God and Israel (who was turning away from Him and pursuing idolatry).
Check out these lovely names and the meaning behind them:

So Hosea continues to love and raise God Will Scatter, No Mercy, and Not My People. Sadly, Gomer continues to... do her own thing:

"The LORD said to me, “Go, show your love to your wife again, though she is loved by another man and is an adulteress. Love her as the LORD loves the Israelites, though they turn to other gods and love the sacred raisin cakes.”
~ Hosea 3:1 NIV, emphasis mine

"As the LORD loves..." This tiny phrase is why I love reading through Hosea.

God called other prophets such as Isaiah, Jeremiah, or Ezekiel to address the issue of idolatry too, but these prophets were God's mouthpiece. (They were the "big kahunas" of the Old Testament prophetic world) But this wasn't the call Hosea received.

God called Hosea to marry, grieve, and redeem. Hosea was to love as the LORD loves.

So be encouraged, God may not call all of us to be a "big kahuna."

If God's nudge or call on your life seems a tad bit odd, overwhelming, or impossible, do not dwell in the probably, maybe, couldn't possibly, or surely this isn't.
God may want to use this Hosea-type moment in your life to love the unlovable and unfaithful.

Have you ever had a Hosea type moment? Did you think that God was calling you to be an "Isaiah," but you ended up in Hosea's shoes? How was God faithful?

Learn a little about Tracy here. Then visit her site.

Tracy is proudly married to Chad, a pilot in the United States Air Force.  Whenever they are not being relocated, she loves to drink green tea and watch re-runs of LOST. She also enjoys chasing their two children, Jackson (4) and Katherine (2), throughout their toy-infested home.  Tracy graduated from Phoenix Seminary in 2005, and served as the Director of Student Women at Scottsdale Bible Church from 2005-2007. She is also the author of Images of His Beauty, a newly released Bible Study, for young women who struggle with self-image issues and eating disorders. You can find out more information about the study and follow her blog at www.onedegreeministries.com. You can also connect with her on Facebook at www.facebook.com/OneDegreeMinistries, or chat with her via twitter @tracy_steel.